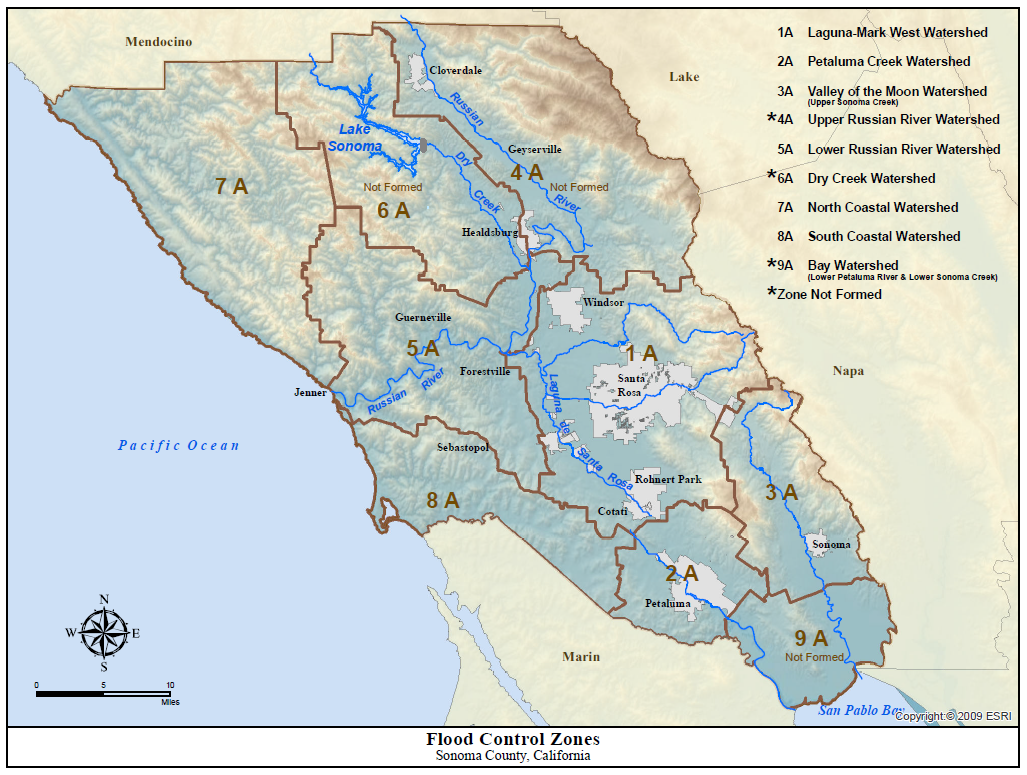 View a map of the flood protection zones (PDF)

In 1958, under the authority of Sonoma Water's enabling legislation, the formation of nine geographical zones, each encompassing a major watershed, was proposed as a means of financing the construction and maintenance of flood protection works within Sonoma County. The nine zones include:

Over the succeeding several years, Zones 1A, 2A, 3A, 5A, 7A and 8A were officially formed. Zones 1A, 2A, and 3A have Zone Advisory Committees that annually prioritize and approve capital improvement projects for their respective zones.